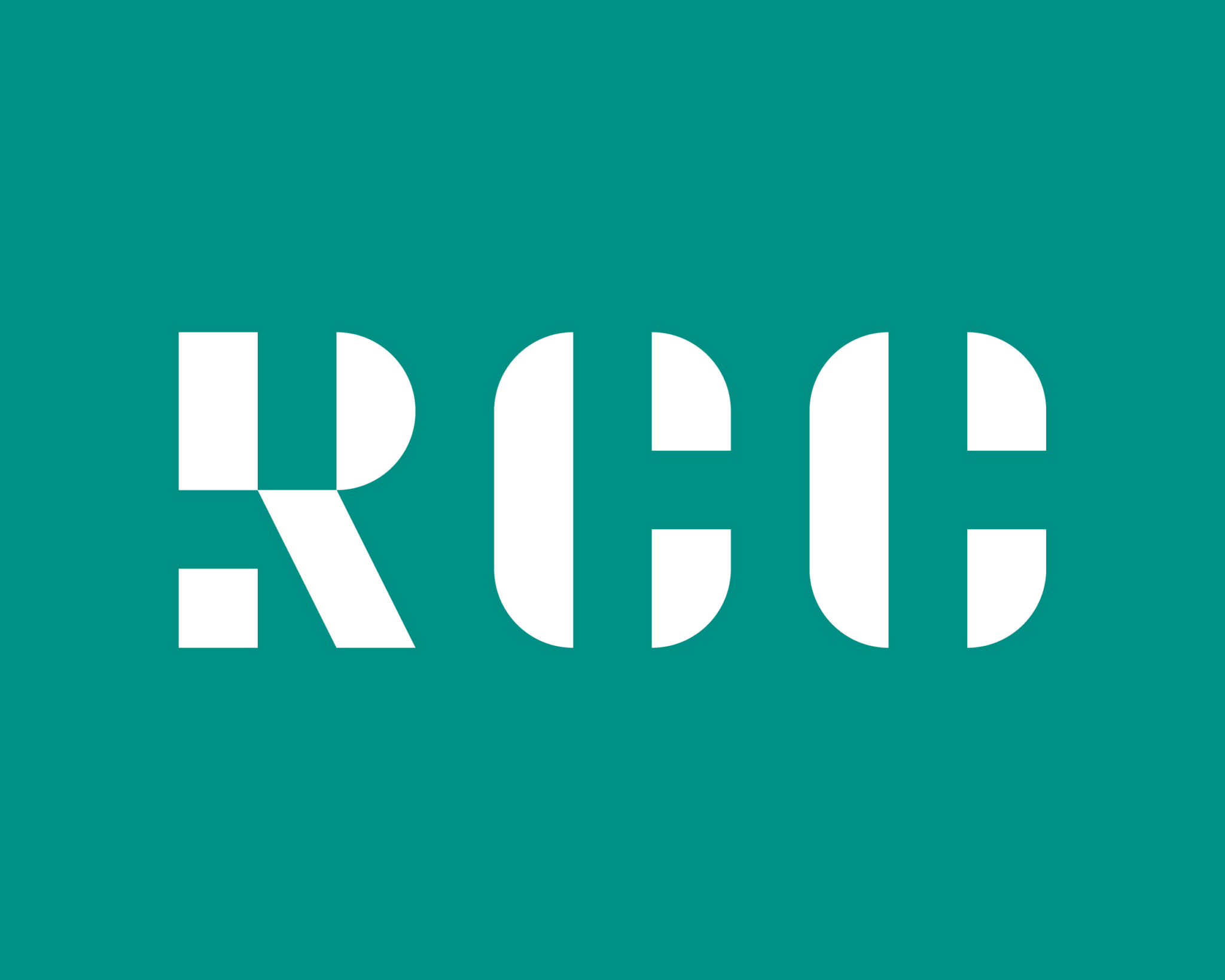 Our client Arhag Housing Association was originally created as a campaigning organisation, fighting for the rights of migrants and refugees in London. In 2018 they asked us to create the name, identity and website for a new collaborative project they were establishing alongside five other charitable organisations: Praxis Community Projects, Doctors of the World, Migrants Rights Network, Iranian Kurdish Women’s Rights Organisation and Olmec.

The main aim was the creation of a vital, all-in-one tailored service, providing support for migrants and refugees across London and the UK. Our approach to the name and identity system was inclusive, bold and engaging — inline with the simple brief from the six contributing partners. Once the name — Real Change Collective — and identity were agreed, we went on to build and design a website for their service users, who are primarily BME, refugees and migrants.

Instead of organising the services by their providing charities, we took a user-centric approach and grouped RCC’s services under broad categories, many of which were borrowed from the Gov​.uk website. This gave the clarity required for an audience for whom English is often a second language, and who could be at the earliest stage of a crisis.

We also organised a user-testing workshop with Arhag, which allowed us to asses the effectiveness of both the design and service content on real service users. Real Change Collective’s website has already helped support over 1,100 BME people in the UK, with plans to more than double this by March 2020. 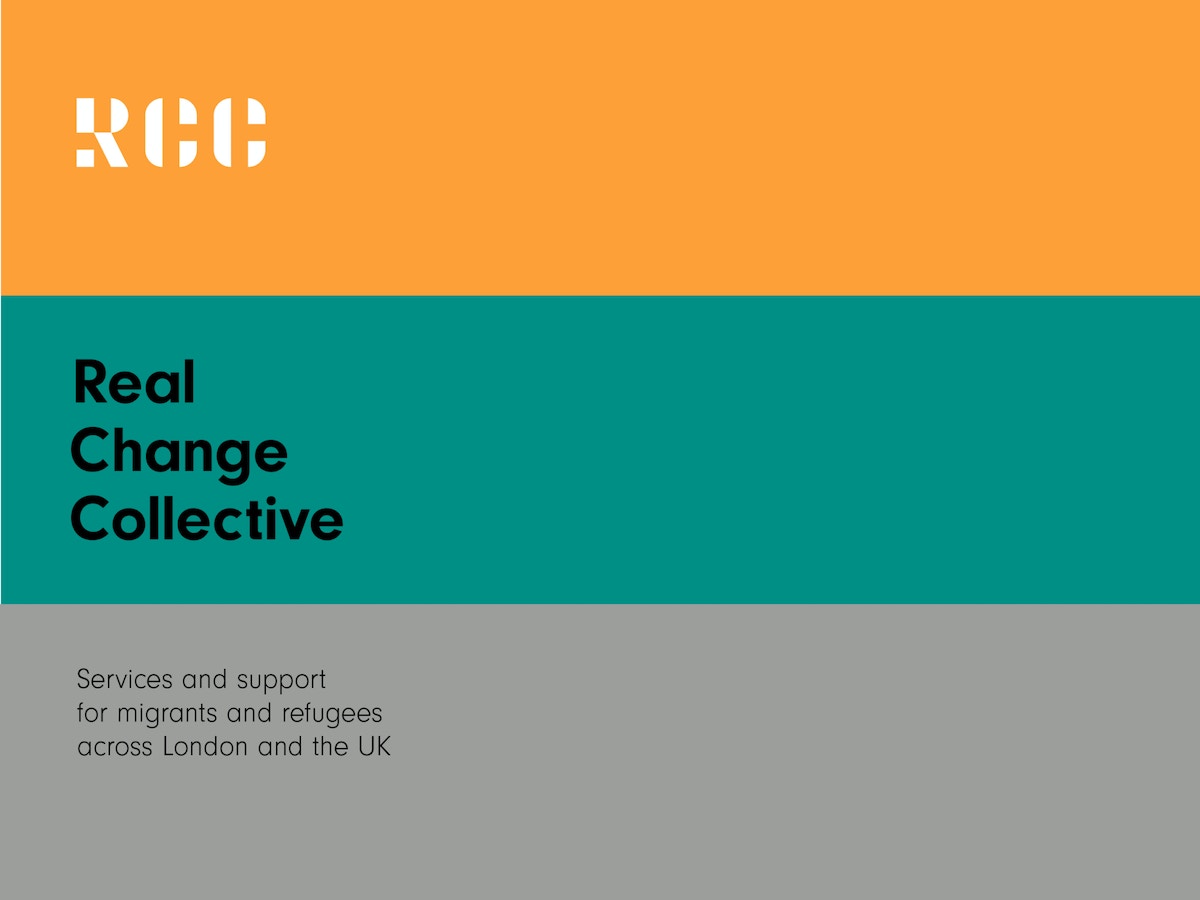 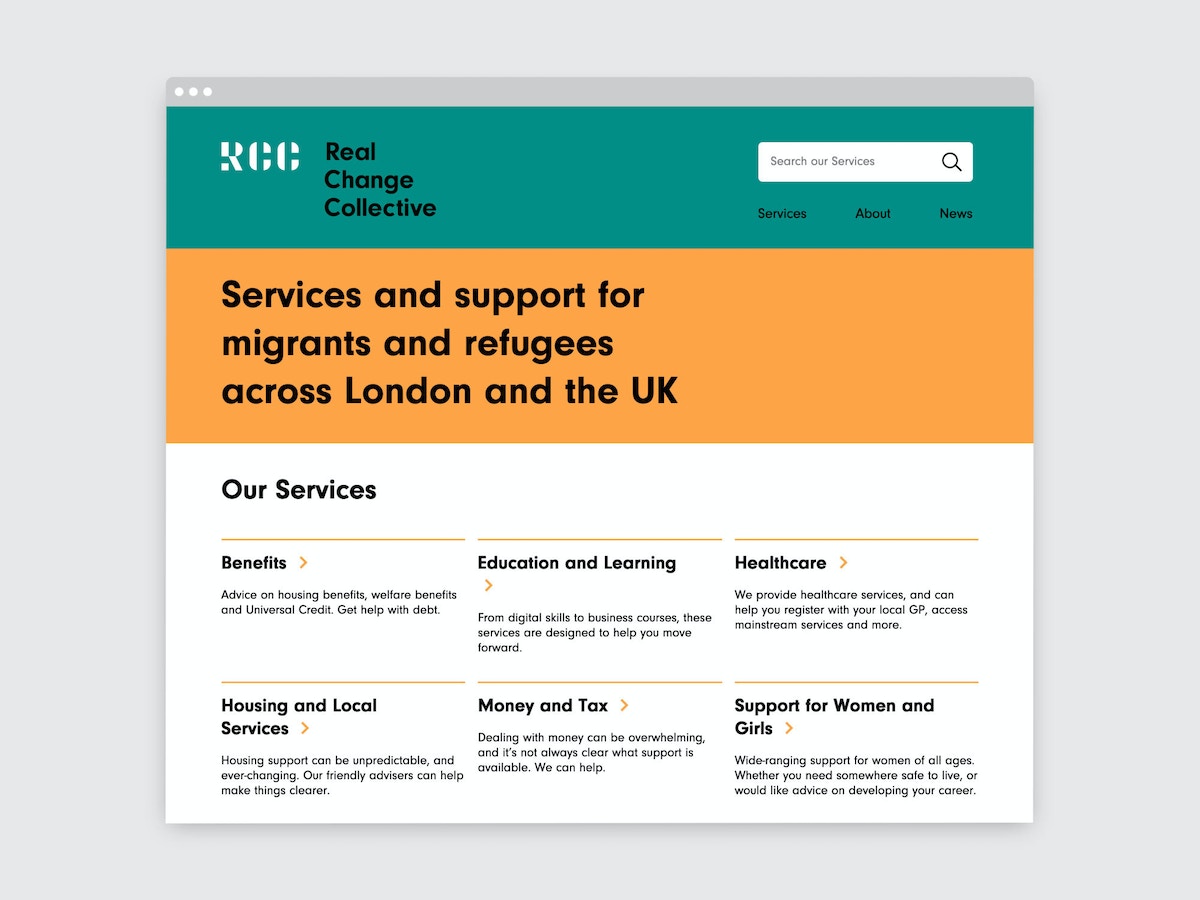 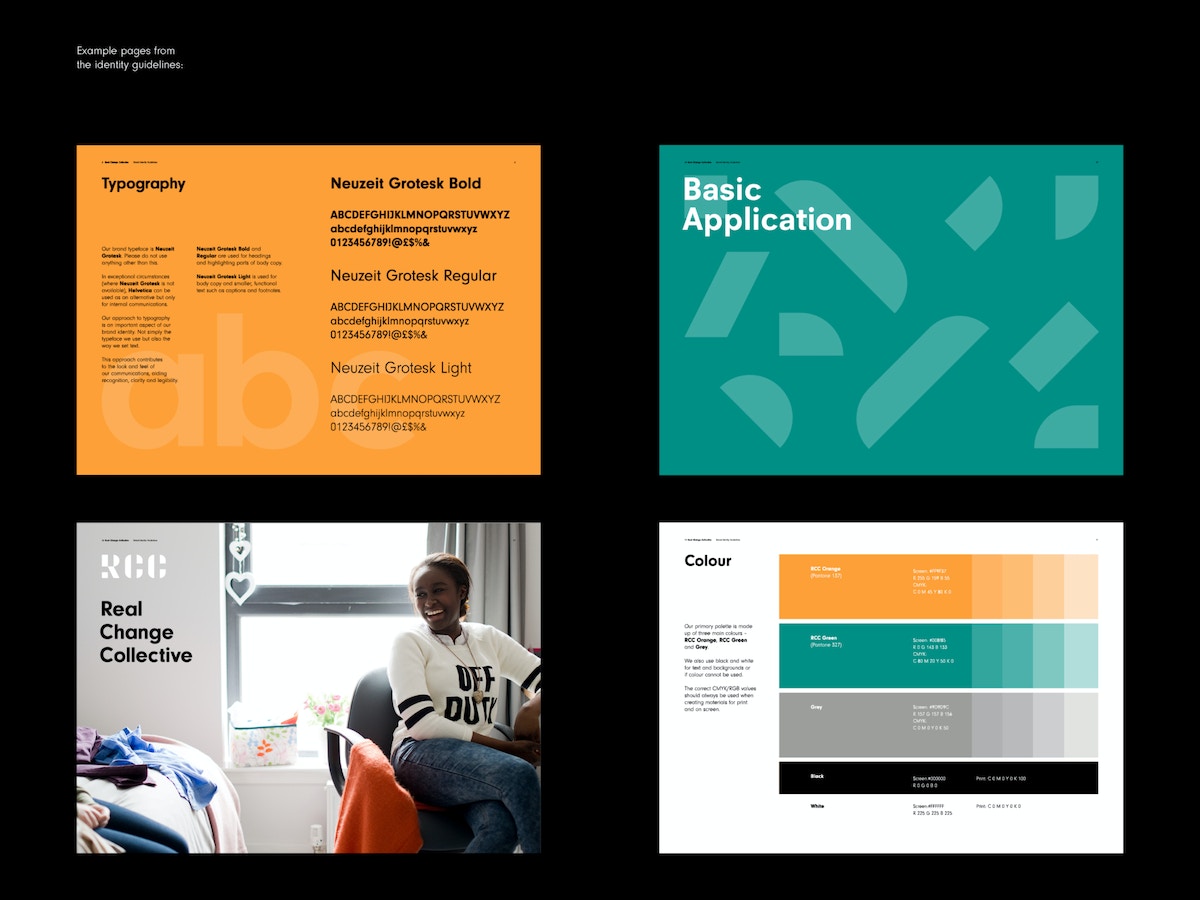 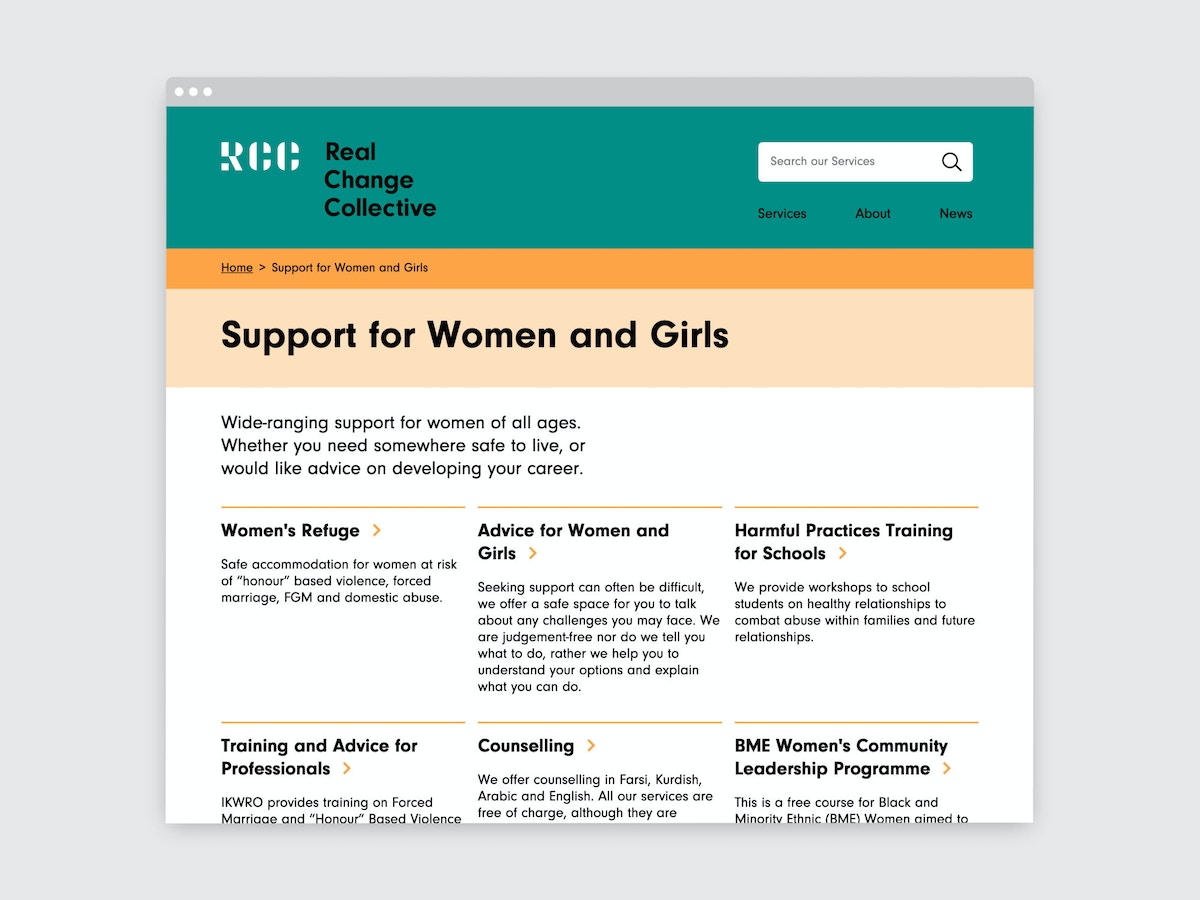 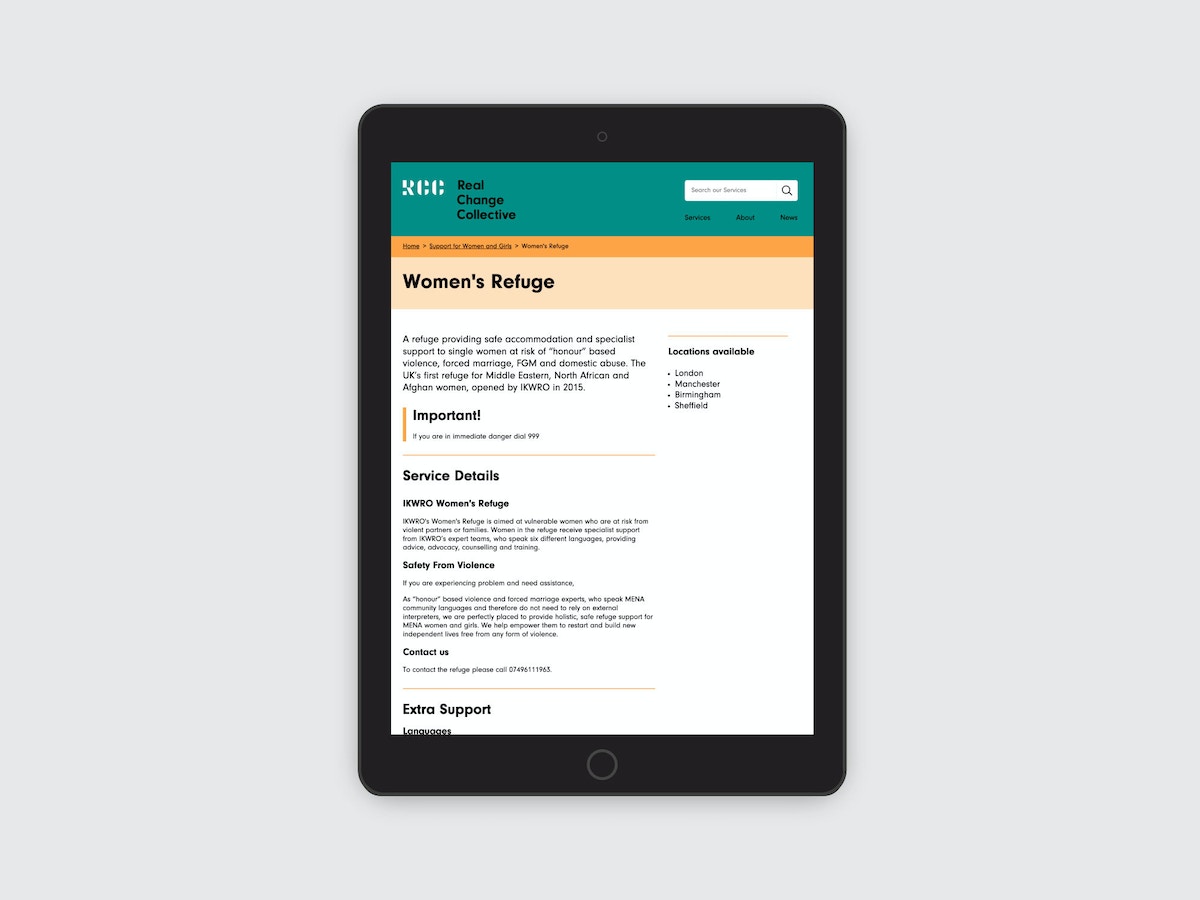