Design for good – or – I hope I haven't wasted my life!

The last piece I wrote really set me thinking about the real value of what I’ve spent my entire career doing. In the face of the global shit-show that has been 2020 – 21, I think everyone has felt their own significance quite acutely. 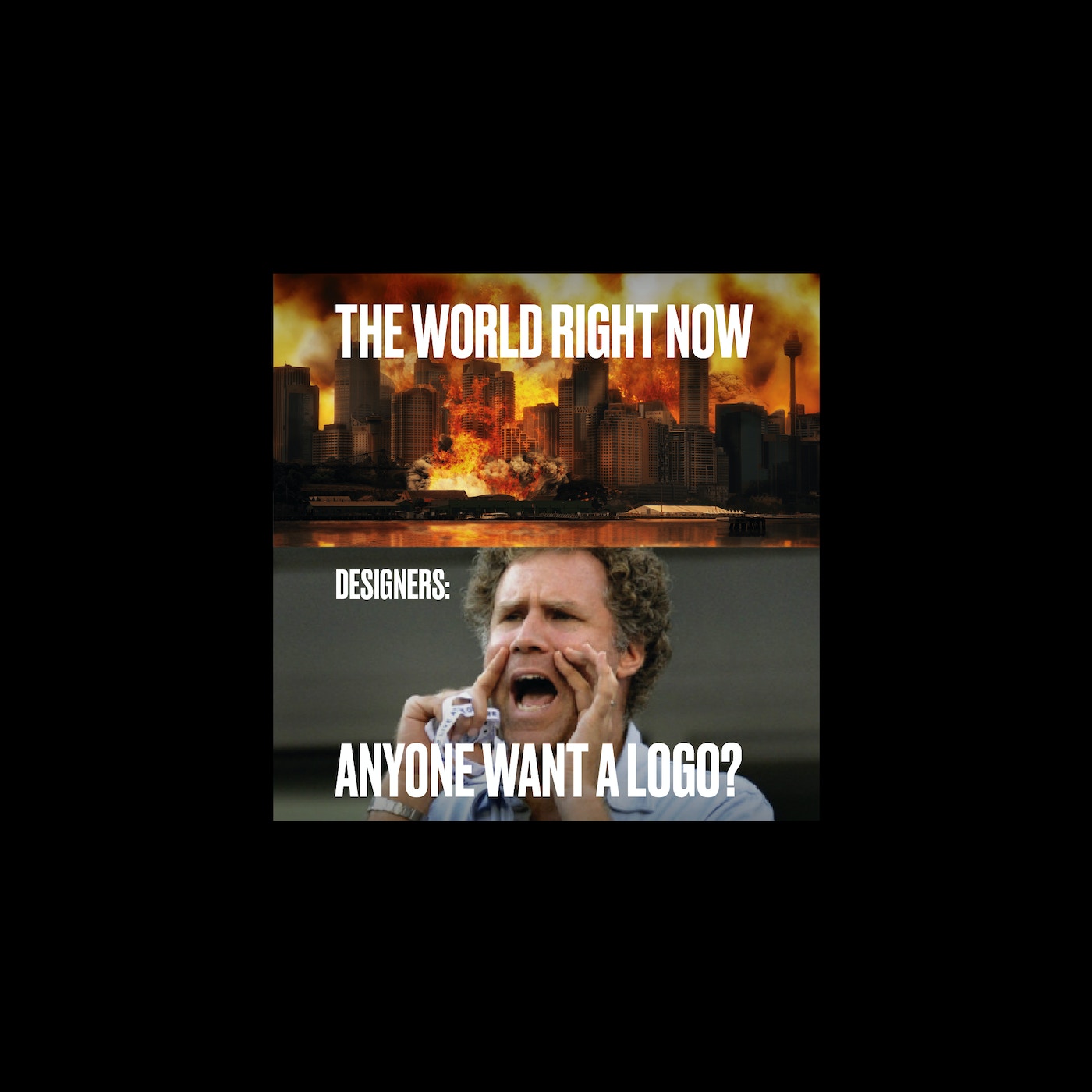 — A meme from the internet, I think it was originally made by @delahuntagram

At the end of the day the vast majority of what we do as brand design consultants, or whatever we choose to call ourselves, is about selling stuff. Not everything sure, but almost everything. And let’s be honest, selling stuff isn’t the most noble or altruistic of pursuits. On the surface of it at least.


Whilst our modern world would quite literally fall apart without design (in its widest sense) there are some obvious ways to directly ​‘do good’ with our abilities. Perhaps to employ those techniques for selling stuff to help raise awareness for charities and groups in need of that kind of support. We’ve worked with many over the years, Quarriers, Freedom From Torture and Real Change Collective to name a few. Often design consultancies take on this kind of work for free or at a reduced rate. It’s great PR and a good news story all round, and often, as these projects are campaign related, the effectiveness can be measured, the ​‘good’ quantified. 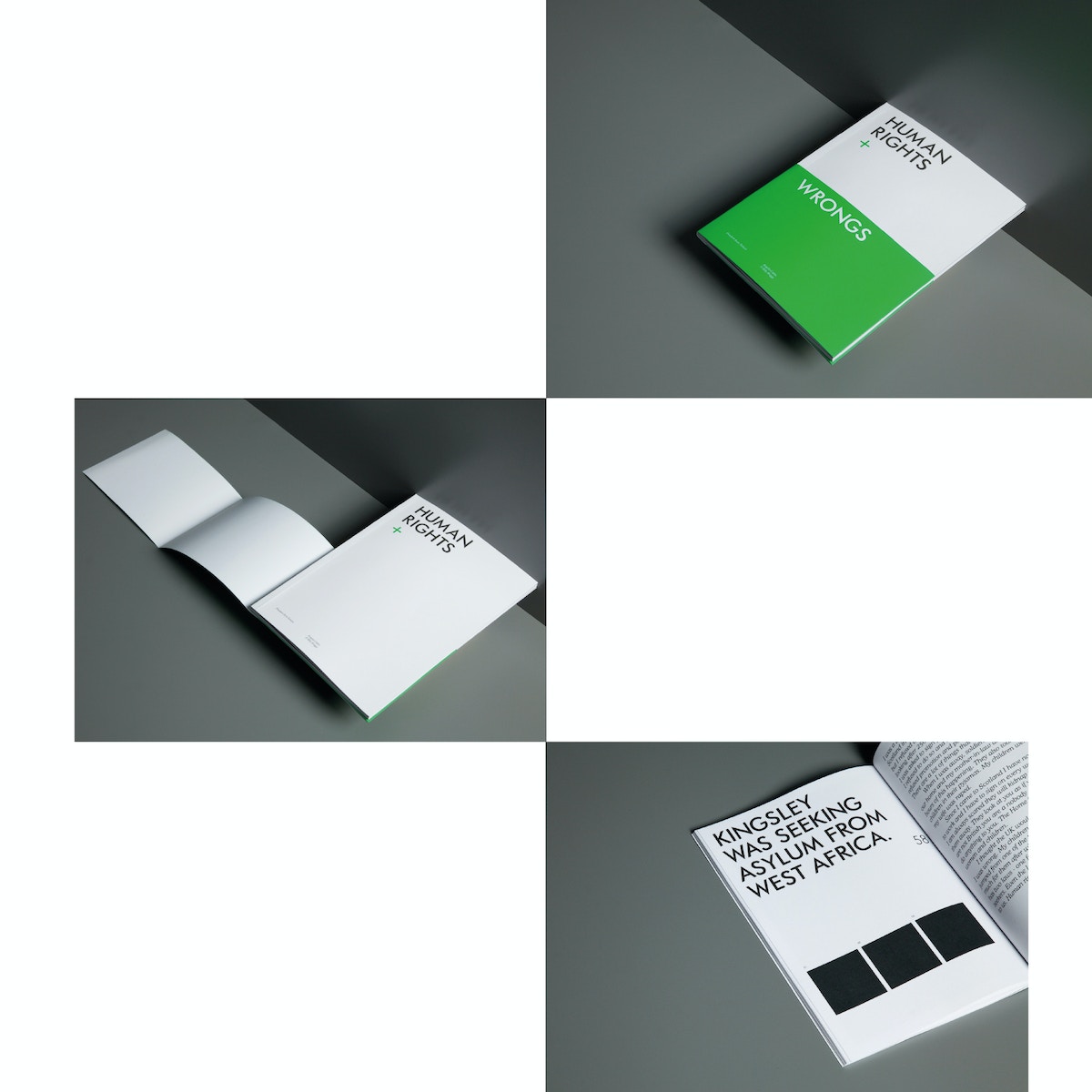 
However it seems that often this information about the ​‘good’ doesn’t always make its way back to those who laboured over it in the first place. Perhaps if the work was done for free then additional time isn’t invested in tracking the effectiveness. Perhaps the client doesn’t have the resources. Perhaps, if the work isn’t deemed ​‘case study worthy’ then, you know, what’s the point. There are multiple reasons, or excuses. But the ongoing impact of our work as designers is incredibly important, it’s the MOST important. Not just for our clients and their end-users but also for the mental wellbeing of those producing it. It’s easy to feel like you are just part of a production line, knocking out ​‘creativity’ for 8 hours a day. I know it’s a far cry from a 12 hour shift on an ICU ward but it can still be a massive drain, especially with the isolation of home working.


As much as some folk like to dismiss any kind of creativity and its contribution to the world the fact remains that we’d all be significantly worse off without it and it definitely isn’t easy. Designer, Artist, Writer, Actor, Photographer, whatever. It can be hard, especially when you have to just turn it on over and over again, day in, day out. You can lose sight of the value of what you do. I imagine this is the same for many other industries as well. To quote one of our closest clients who works in textiles, ​‘You’ve no idea how stressful it is just putting jumpers on peoples backs’.

In the (IMO) wise and humbling words of Zadie Smith, from her essay ​‘Suffering Like Mel Gibson’.


…there is no hierarchy of suffering – we all just suffer in different ways, under various circumstances… 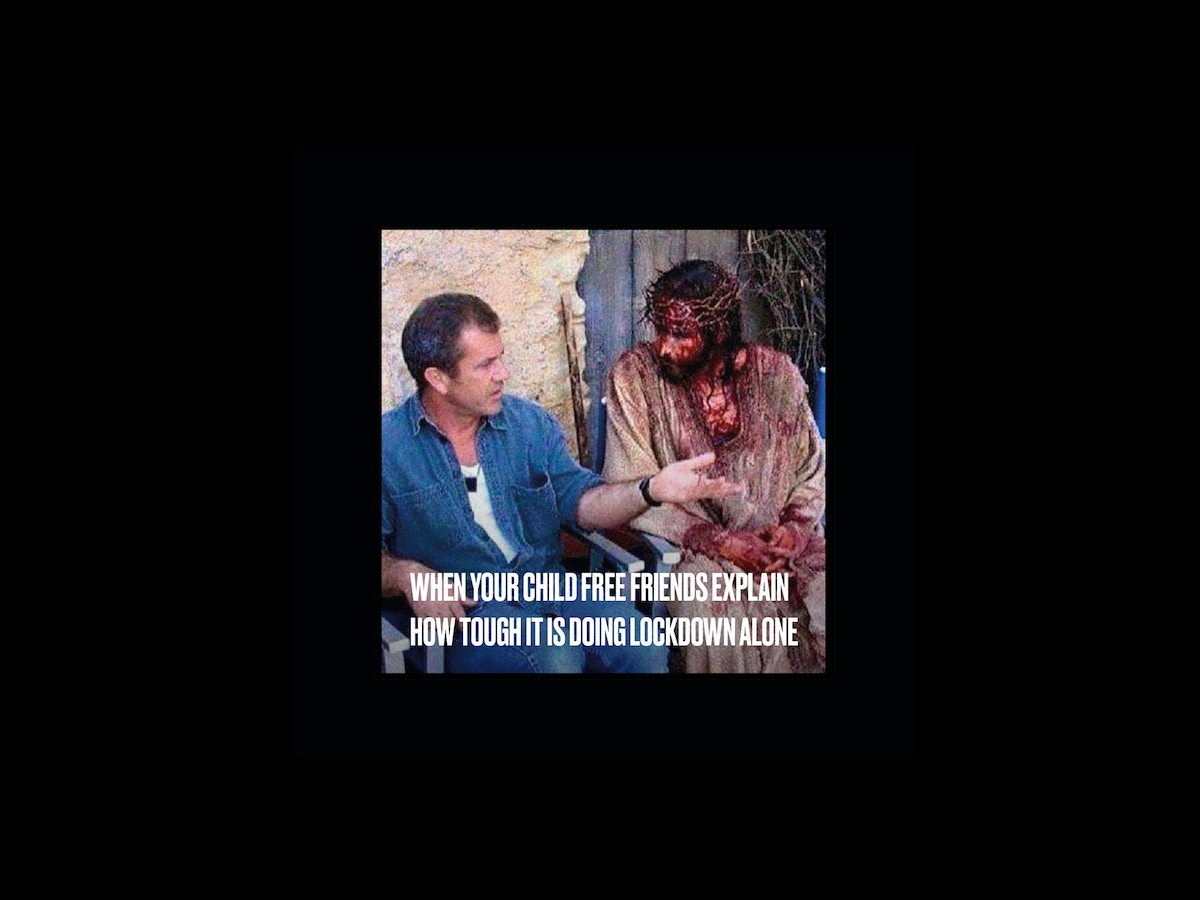 — Another meme from the internet, not sure who made this one first.


So how can selling stuff have positive outcomes (other than making people rich)? Well I guess that depends on what you are selling, who you are selling it to, how you are selling it, how you are making it and what you do with the proceeds. This is something we at Graphical House are trying to be increasingly mindful of in all aspects of our work. It’s not always easy and we are a long way off any kind of perfection on this front. But trying is always good and so is working with good people.


There are a few projects we’ve been involved with recently that set really great examples in different ways. Idaho based Saalt for example (yes I know we bang on about these guys all the time but they really are doing great things). In creating a brand that has helped them sell a lot of product we have also helped enable their activism. You can look at their 2020 impact report for the full lowdown but the headlines alone are enough.

With key purpose around Global Menstrual Health, Education, Empowerment and Sustainability they are achieving on all fronts. The nature of their product has obvious environmental benefits and financial ones as well. In only 4 years of existence they have diverted almost 3 million waste products from landfill, (given that a menstrual cup can last up to 10 years this number is just going to keep rising). They have funded almost 12,000lbs of waste clean up and saved almost $160,000 worth of spend on non-reusable menstrual products. They have donated 20,000 cups globally and funded 19,000 days of school through projects around the world. And in 4 years they have gone from a team of 4 to a team of over 40, creating employment, which even in the most bigliest economy in the world has to be of value.

Of course our design work is not responsible for all of this success but we work as a part of their team, so we are a part of it. The work leaves our collective desk and the wheels are set in motion for all of this to happen. 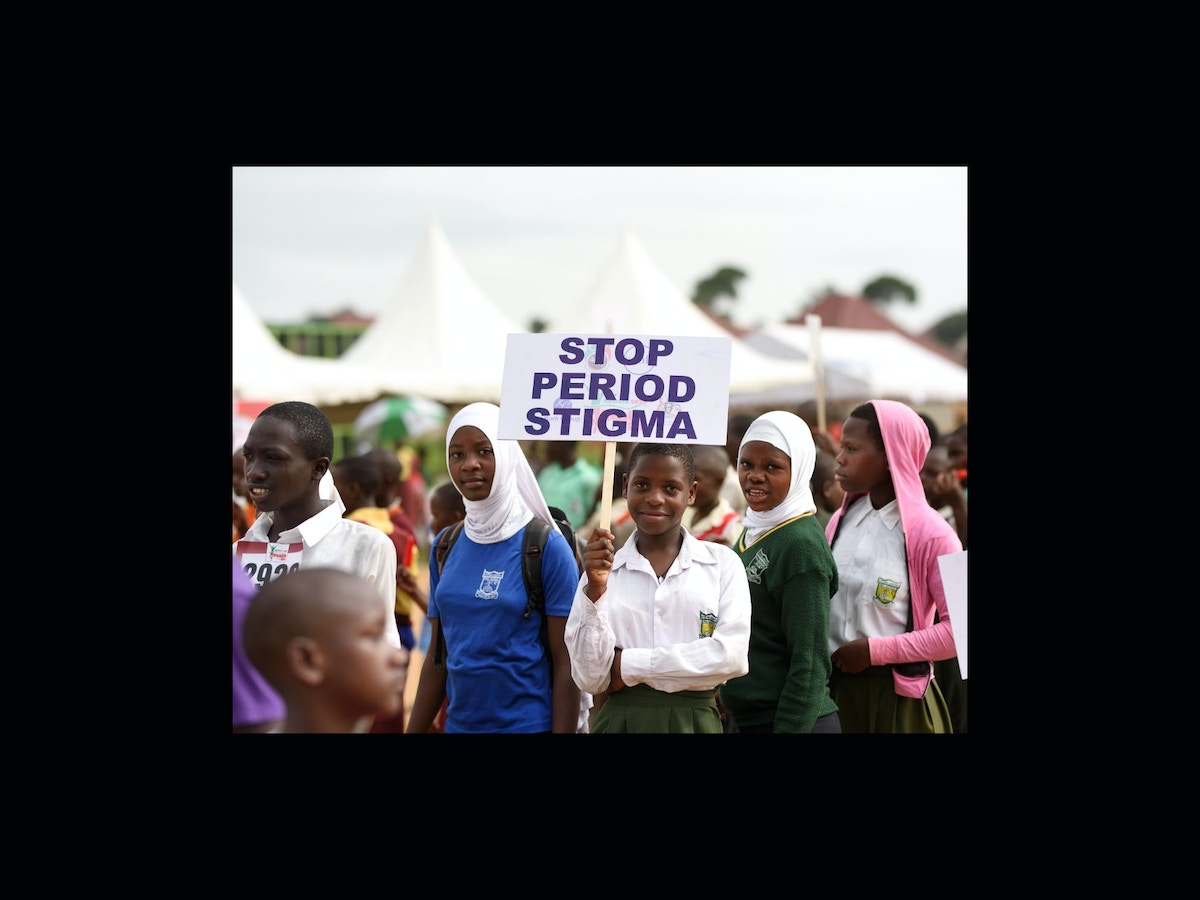 
Another example. We recently launched a new project with Phantom Hands, a furniture manufacturer based in Bangalore, India. Phantom Hands are also in the business of selling stuff, pretty expensive stuff at that, but their attitude and approach is what is to be admired. First of all they are really putting Indian design and manufacturing on the map. Not only are they faithfully producing the open source classics of Pierre Jeanneret created with Le Corbusier for the modernist City of Chandigargh. They are also collaborating on new collections with designers around the globe such as Inoda+Sveje in Milan, X+L in Amsterdam and our good friend Derek Welsh Studio in Glasgow, further expanding the scope and reach of Indian Design.


They work with reclaimed timber, significantly lessening the environmental impact of the pieces and the exemplary quality of their product plays directly into the ​‘buy better buy less’ thinking that is becoming so prominent that even Levi’s have jumped on board. One of their chairs may cost 10 times a much as a chair from Ikea, but it will last 10 times as long and bring you 10 times the pleasure (especially as you don’t have to build it yourself). It will have a story that you will see in its very structure.

But perhaps the most remarkable thing about Phantom Hands is how they treat their staff. They are even in the name. ​‘Our name ​‘Phantom Hands’ is a metaphor for generations of artisans whose contributions manifest in each piece of furniture we make’. They have generations of families on staff, each expert in the many and varied skills required to make their products. They value their input, their abilities and they understand that the quality of the product is almost entirely down to these people, so they pay them properly. On average a salary equivalent to a mid-level tech worker, significantly more than a craftsperson in the region would usually expect in a global culture that has perhaps forgotten the value of the handmade. So in selling stuff, not only are they providing employment for large numbers of artisan crafts people but they are paying them way above the going rate enabling them to improve their lives, the lives of their families and, in a small way, they are starting to have some kind of impact on the colossal income gaps in the region.

Again this is not all our doing but in helping Phantom Hands to tell their story and sell their product we are helping to bring about the change that they strive for as an organisation. 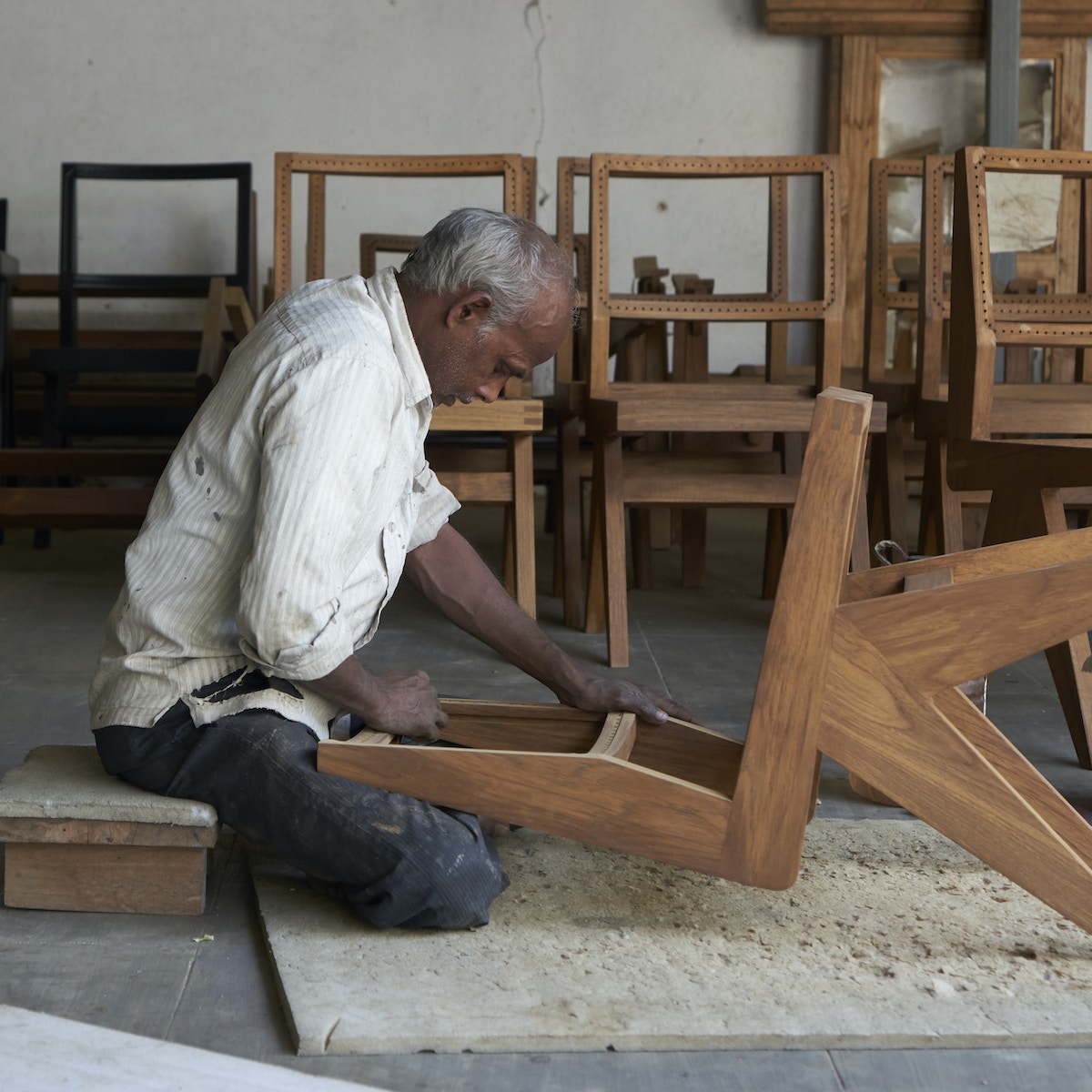 
Of course these are just a couple of examples. There are a great many ways in which design can be used for good, to change the things that desperately need changing. But for our own benefit, chained to our Macs in our kitchens or spare rooms, wearing our new lock-down glasses brought on by never looking at anything that is more than 2 feet away, we sometimes need to remember to look beyond that moment when final_Final_FINAL.pdf leaves our outbox. It will do us the world of good. Yes, everything has been about the build up to that point, all the workshops, the generation and re-working of ideas, the creation of presentations and justifications, the zoom calls, the emails, the changes, the back-and-forth, the to-and-fro. The ultimate goal? ​’Sign off’, the summit, the finish line, the birth. When whatever it is that has been created is handed over.


It’s easy for us to feel like that's where it ends. But actually, that’s where it starts.