We came all this way to explore the Moon, and the most important thing is that we discovered the Earth. 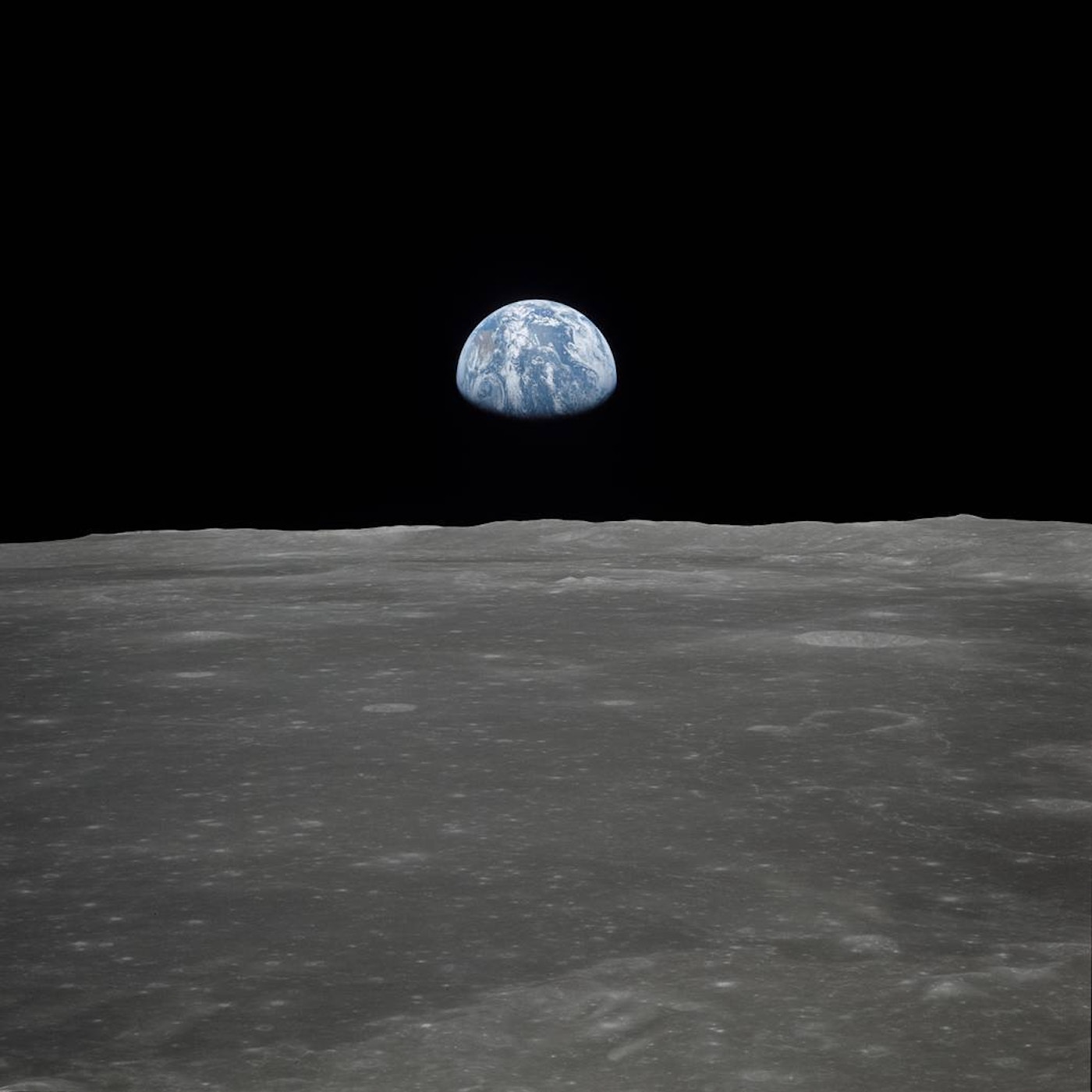 — Earthrise. Image taken by astronaut William Anders from the surface of the moon, Dec 24th, 1968.

I read recently that – based on the biggest ever opinion poll on climate change – over two thirds of the global population, that’s over five BILLION people, believe that there is a climate emergency that requires immediate action (what on earth are the other three billion thinking)? However they don’t have the confidence that their elected representatives will take the necessary action.

And what does it take to get those other three billion people behind this issue? Perhaps Climate Change needs a rebrand. It sounds like it’s something that’s just happening to the climate and not to us.


I like to read Science Fiction, it’s always been a genre that has appealed to me, both in the written form or on screen. (Side note, it’s number one in my Top Five movie genres, the others being Zombie, Shark, Submarine and General Post Apocalypse) I’m not really sure why exactly, I was introduced early to The Hitchhikers Guide to the Galaxy and of course Star Wars. Not ​‘Hard Sci-Fi’ it has to be said but I was pretty young. Perhaps it’s the escapism. Anyway, a lot of Science Fiction observes the fleeting nature of civilisations. Fleeting in the grand scheme of things at least, and these writers have been predicting much of what is happening now for decades (as have the scientists of course, but who listens to them)? So here we stand, on the literal brink of dystopian future at best, or self inflicted apocalypse and annihilation at worst.


So if our leaders aren’t going to save us then who is? 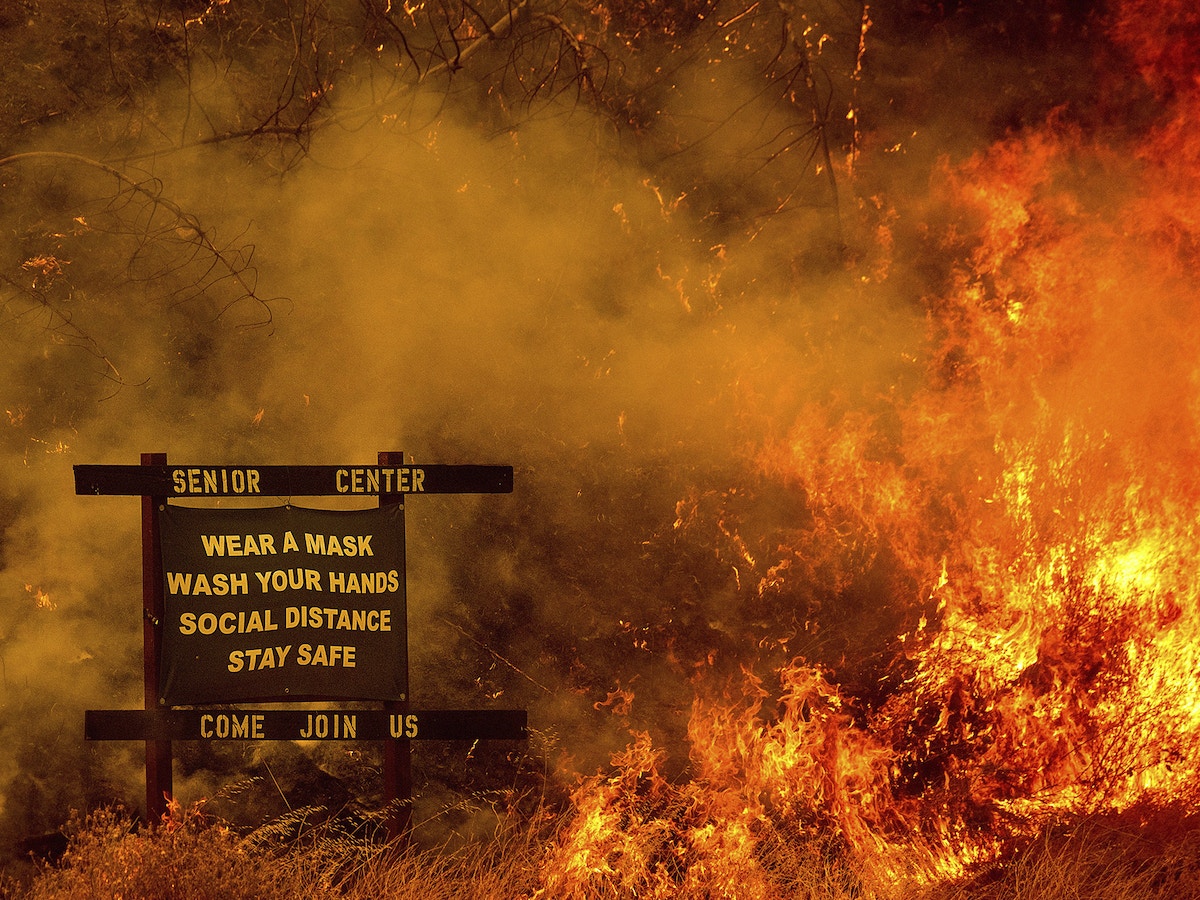 This got me thinking about my own personal impact. According to various website surveys my (or our households) carbon footprint is somewhere between 6.91 and 7.96 tonnes of CO2 a year. The 2021 target for the UK is 10.5 tonnes so I guess on the surface of it we’re doing ok. But there was a lot the surveys didn’t really seem to factor in. For example, sure I ride a bike a lot but I also mountain bike a lot. My mountain bike is made of Carbon Fibre, not known for its eco credentials and difficult to recycle plus I tend to drive to the trails more often than not, but then I drive a hybrid so…

Also children. Most of the surveys didn’t seem to factor in the impact of kids. We only have one child but my god, the amount of additional plastic that comes through our house is something else. More clothes, more washing, more showers, more heating, more food. I dread to think how much that multiplies with more kids. And this is something that I’m not really hearing much about at the moment. How to feed, clothe and house all of these people, especially as large parts of the world become uninhabitable, which is actually happening. Just look at areas of Africa, Madagascar (one of the most bio diverse areas on earth), even California. At current rates there will be almost ten billion people on earth by 2050. Around two billion more than we have now. (100 years ago there were only two billion in total) More children being born and more people living longer thanks to medical science.

Another hidden impact. I’m lucky (unlucky) enough to require pretty constant medical treatment at the hands of our amazing NHS, I have for the last 8 years or so. At the moment it’s every 2 weeks. I get hooked up to an IV for a couple of hours. But the plastic involved is scary. Bags of saline flush, bags of chemical treatments, filter lines, cannulas, blood vials, syringes, bottles of pills. None of it recycled for obvious reasons so all of it is disposed of by incineration. At present there are around 25,000 people in the UK with the exact same condition I have. And millions in the care of the NHS at any one time. The cost of keeping us all alive longer is not just financial. 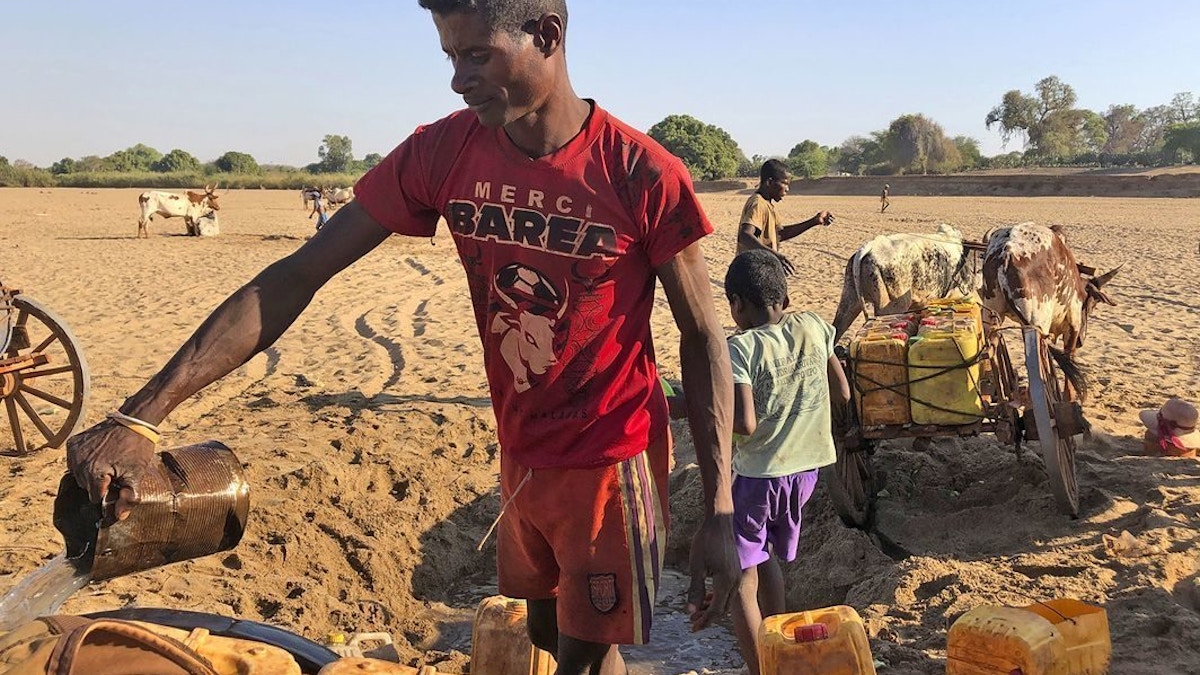 — Drought and impending famine in Madagascar brought on by Climate Change. Laetitia Bezain/AP, 2021.

Let’s also factor in that I’m a business owner so my carbon footprint extends again. For example our incredibly underperforming premises would require pretty significant investment to bring them in line with what might be considered reasonable levels of eco performance (with no help from our landlords Glasgow City Council but that’s another story). At least our studio has been empty for the best part of two years thanks to Covid. But then all our staff are working from home requiring additional heat and light – but with reduced travel needs of course. Then there is the work we do for our clients, although here I think we have always pushed hard for responsible and sustainable solutions to the brief. I’m also pleased to say that with most of our clients the climate has been on the agenda for a long time now, since well before our Governments got interested.

Now I am absolutely NOT claiming to be an expert on any of this but it seems to me that a lot of the issues we face can be solved if we just get behind them, especially as it’s the developed world that’s causing all of the pain. Most things are simply design problems and there is certainly the demand for solutions. As I understand it, the key issue (apart from the cows) is fossil fuel and not taking it from the ground and burning it. So make electric vehicles more accessible and develop proper infrastructure to support their use, then fewer people need to buy petrol and less fossil fuel needs to be taken from the ground. Insulate our homes properly and develop viable renewable solutions to heating (we already have these), then make them affordable so fewer people need to rely on gas or oil and less fossil fuel has to be taken from the ground. Stop packaging everything in plastic. And so on. I’m over simplifying of course and it all takes money, but this is the basic process.

There are many more issues, I know.


Historically we have seen what can happen when we really get behind an issue. We used to have acid rain, we don’t anymore. And what about the Covid vaccines, the speed of that was pretty impressive (as long as you don’t take the view that it’s some kind of mind control conspiracy). 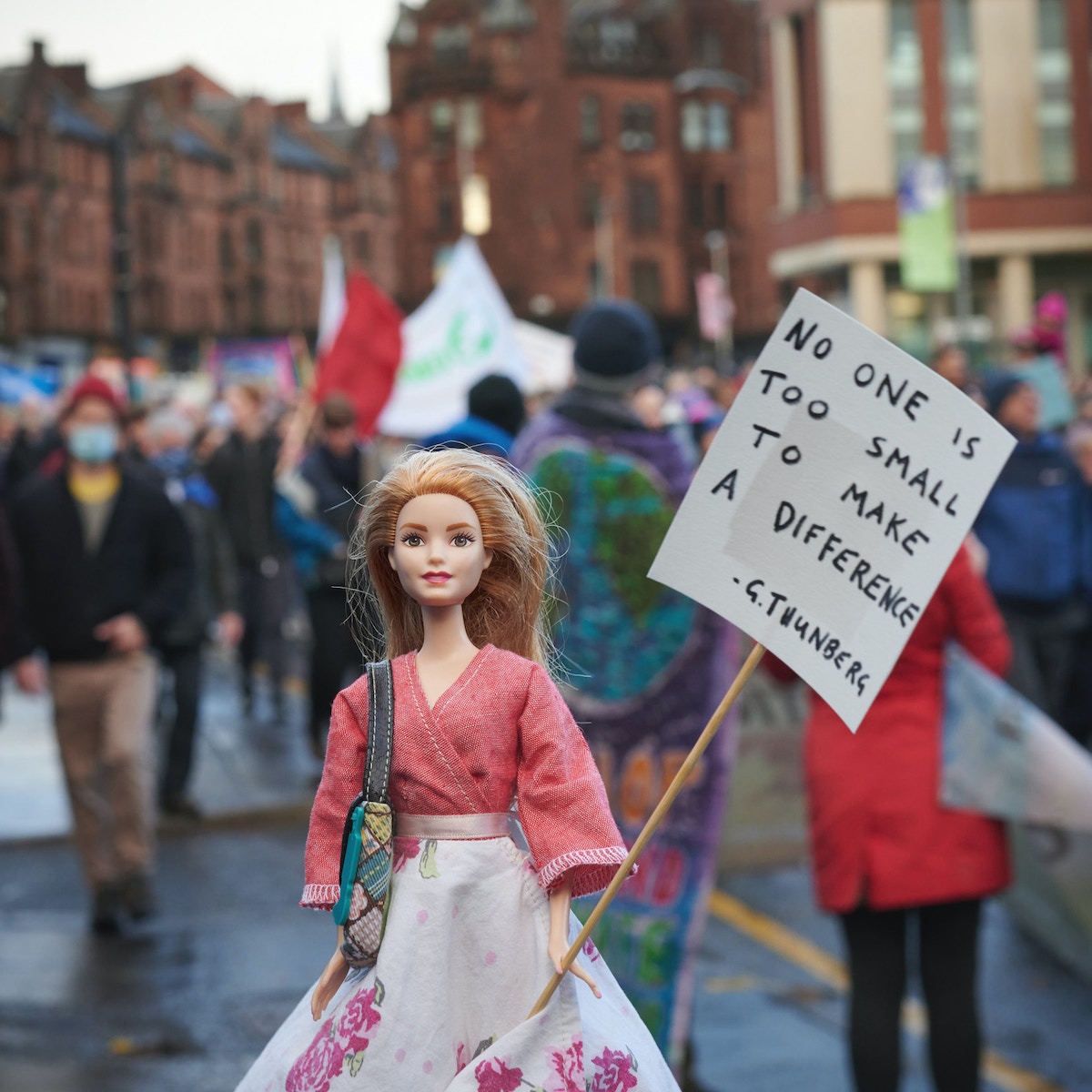 So perhaps change comes from all of us. Individuals, groups, businesses of all scales choosing to do the right thing, applying pressure to the system. That’s what at least two thirds of the world wants, there is an appetite. If we all make personal choices that are well informed they will actually make a difference. The market follows demand. No one will invest in things that people don’t want and the truth is there is money to be made in turning this around.

With COP26 happening right here in Glasgow the spotlight is very much on this City, almost as though somehow Glasgow itself can deliver the answer. We’ll see what happens in its wake, there seem to have been some political steps forward and in the face of fairly overwhelming negativity I’d like to stay positive, only time will tell.


But the truth is also that there are things that we can do NOW. We can all make decisions that will make a difference, no matter how small. And if five billion of us do that then things will change.