A nostalgic ramble brought on by an impending anniversary

It’s been 20 years since I started out as a freelancer. With the idea of Graphical House already formed I left the security of a job for the uncertainty of self employment. It didn’t really feel like a massive risk at the time, I had a small mortgage on a tiny flat, I was single, had no kids and I was relatively young. 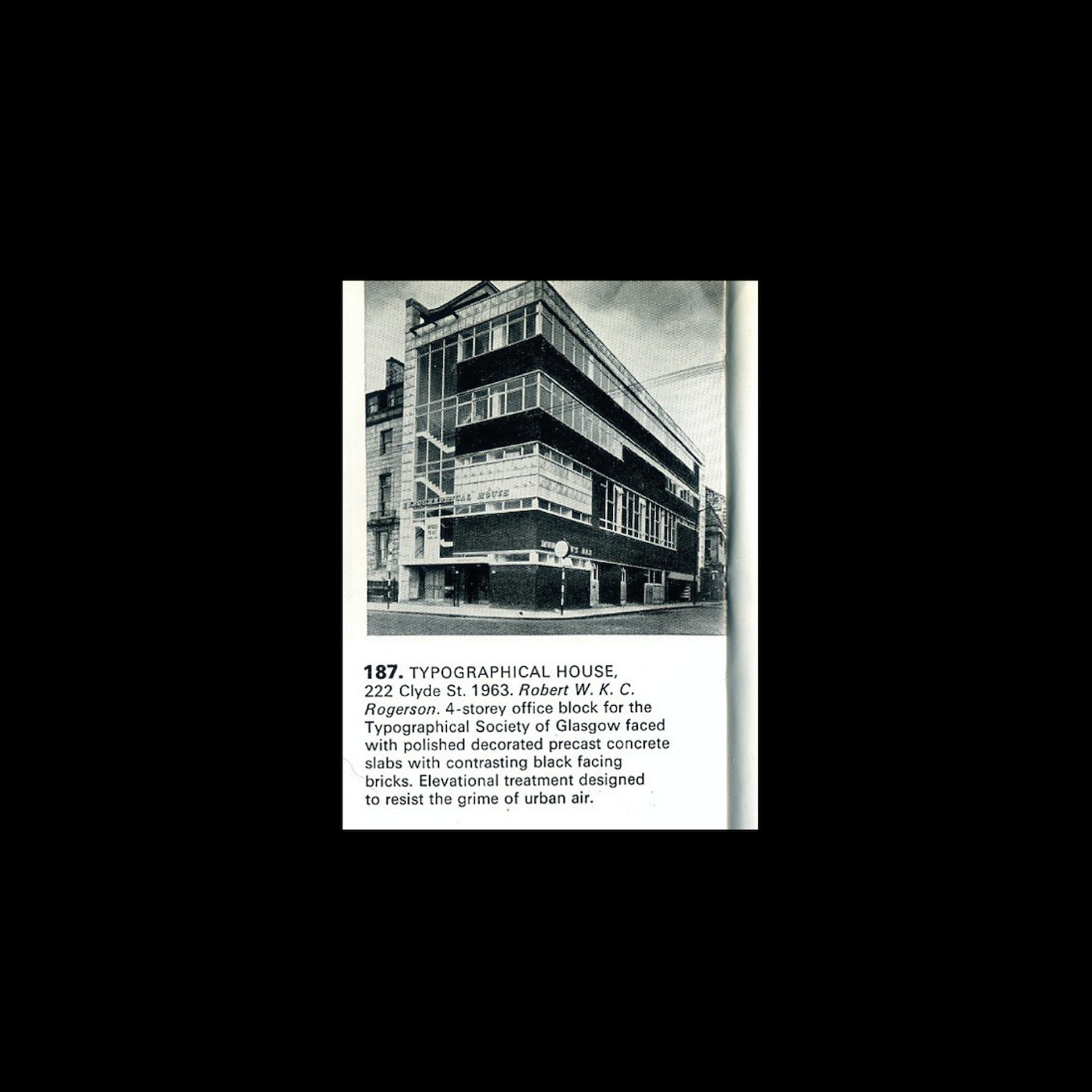 I vividly remember watching the September 11th attacks as they happened on one of my first days working at home. A surreal moment in many ways and possibly the only reason I even remember when all of this started out. I think the unfolding horror combined with my sense that I could do as good a job at this as any of the folk I’d worked for (possibly slightly arrogant and naïve) and pushed me to just go for it. Carpe Diem, YOLO and all that.


I can’t define the exact date that Graphical House came into being. Certainly I started crediting some of the work I was doing in 2001 with the name but really it was still just me at that point. The idea for Graphical House had formed between myself and two others I’d worked with a few years before, Graeme and Colin. Coming up with the name was maybe the hardest part. We went through a few before we settled on stealing Graphical House from what was then the old Print and Media Workers Union building on Clyde Street in Glasgow (formerly Typographical House, the home of the Typographical Society). Another front runner and personal favourite was Emphatically Yess, Borrowed from the comic 2000AD. A sentiment I liked but as it turns out sometimes you just have to say no. 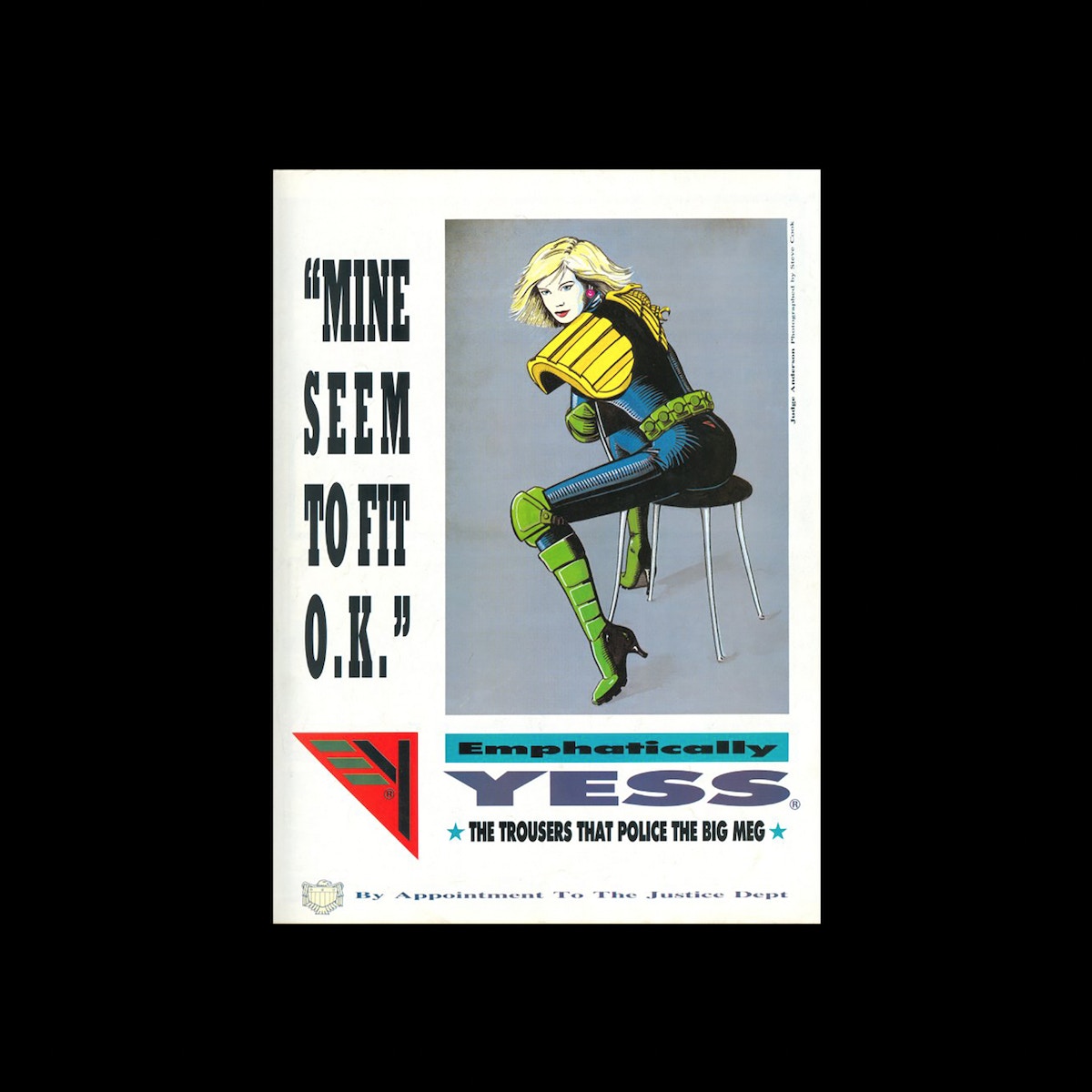 — Advertisement for the 'Emphatically Yess' trouser company from Judge Dread in 2000AD.


It was a while before I was joined by Graeme in early 2002 I think, so maybe this was the true beginning of the company. We started working together in his spare room, and then a few months later we were joined by Colin. Graeme would make us lunch most days (a closet chef) and we would eat it whilst watching re-runs of Frasier or Cheers. In those first couple of years, amongst other projects, we pulled in work for TV titles on Channel 4 and BBC as well as album artwork for The Beta Band. The latter involving a slightly strange meeting with an exec from Parlophone Records who flew up from London to Glasgow for a 45 minute chat in Graeme’s living room that concluded in him asking if we all lived there together like the design equivalent of The Monkees or something. (I suspect not everyone will get that reference). 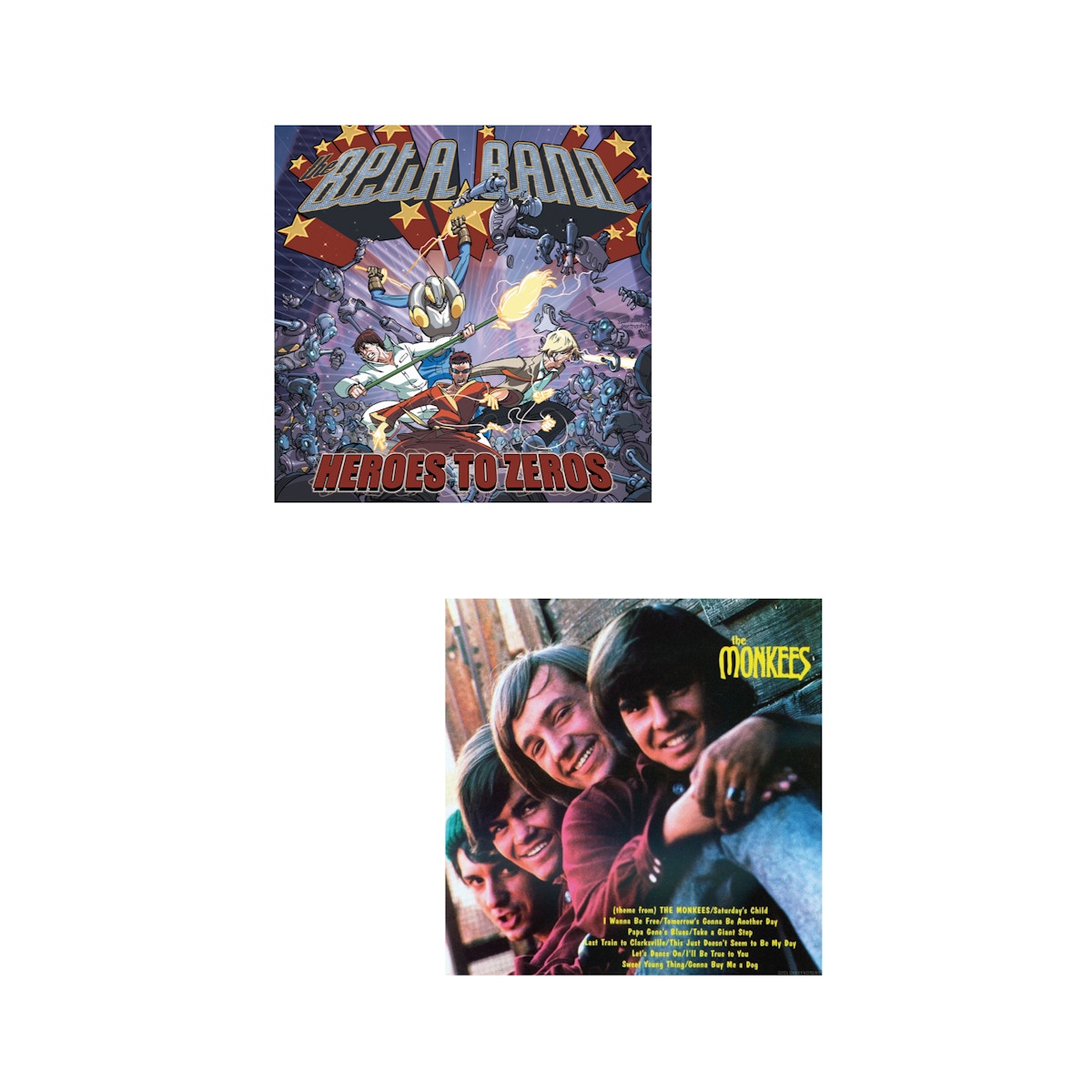 — The Beta Band, 'Heroes to Zeros' with cover art by Marvel Artist Kaare Andrews and a Monkees record sleeve.


Other memorable moments. Our first employee, Gabby (now a co-owner and Director). That felt like a very big step at the time. Our first proper intern, Letitia, who came all the way from Linz, Austria, had a collection of tiny top hats and now runs her own practice Mooi, producing fantastic work. Winning a whole bunch of design awards before we realised they were kind of meaningless. Our merger with Tony, a good friend who ran his own company at the time. Our new studio on King Street in the Merchant City area of Glasgow, arguably the hub of some of the best creative work in Scotland. Projects in Switzerland, India, Vietnam and America. The list goes on.


So what has triggered this nostalgic ramble? Well last week we were back in our studio, which has been empty now for over a year thanks to Covid. We’d gone in to start the tidy up in advance of potentially being able to safely return as restrictions ease. Our plan is to go back with a blended working model. In this last year it’s become quite clear that we can work well from home and in fact can really benefit from it. This desire to address our collective work/​life balance also lead to us test out a nine day fortnight this year. With all of this in mind we can manage with less space, which means we can give back one of our units to the council, reducing our costs but also our carbon footprint, which is not insignificant in a single glazed, ground floor shop unit in Glasgow. 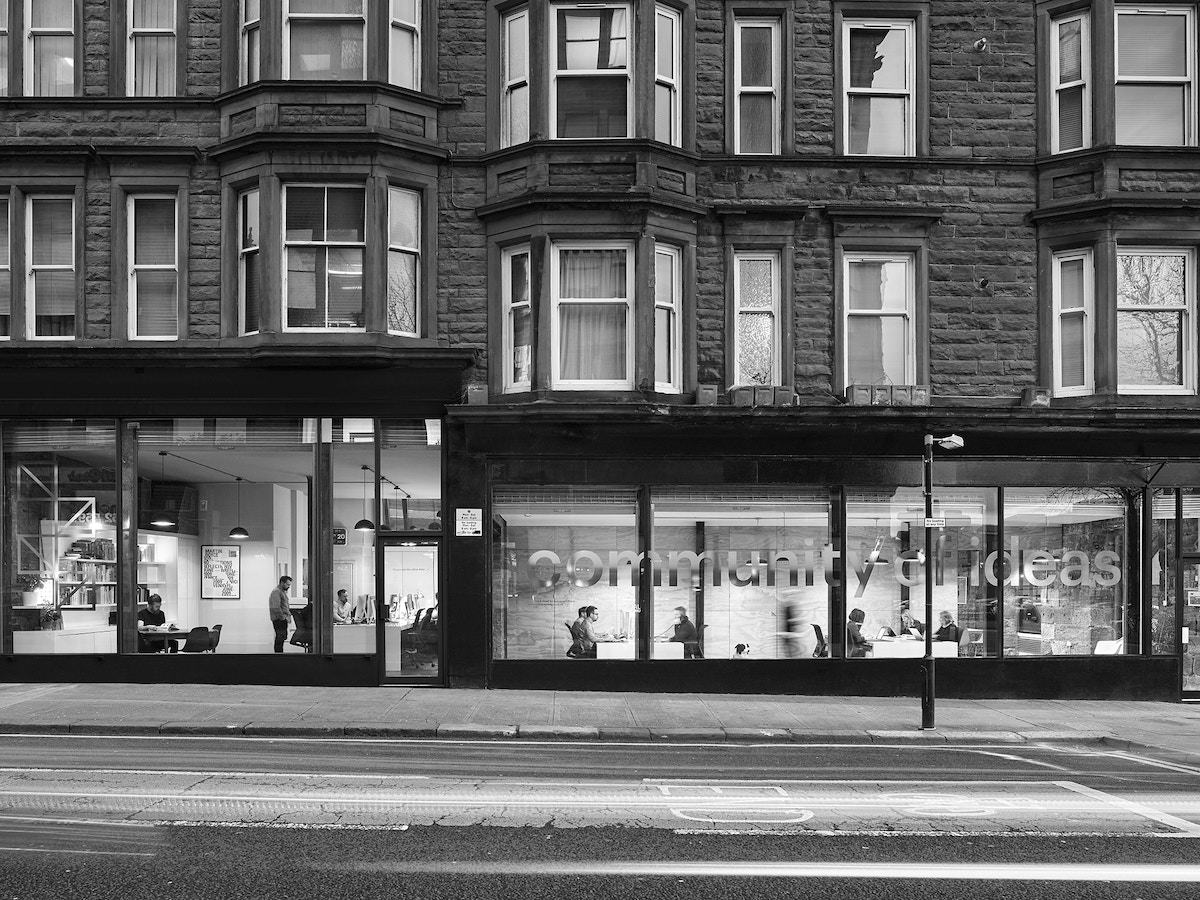 The first port of call was to go through all the thousands of file copies of work, to slim them down a touch and save some space. Sadly an awful lot had become damaged by damp in the unheated studio over winter, destined to be recycled. I guess it was this that set me thinking. 20 years of work bundled into cupboards and rarely taken out or looked at after it’s been photographed for our website. And so much of what we do now doesn’t even have that physical manifestation, it’s purely digital.


In 2022 Graphical House will be 20 years old, so how do we celebrate 20 years in existence? Often the urge is to look back, to do a book, raking over old projects or unseen pitches. Ideas that never saw the light of day, a lot like the work that gets archived in the cupboards after its moment of relevance. Ultimately as designers an awful lot of what we produce is ephemeral, brands remain in existence for a time but everything else clouded around them disappears, gets replaced with new ephemeral things. It’s probably one of the areas we should try to think hardest about, does anyone actually need this? In a way it reminds me of that scene in 24 Hour Party People when Steve Coogan as Tony Wilson tells Enzo Cilenti as Peter Saville that his Haçienda poster, delivered late, is ​‘beautiful but useless, and as William Morris once said, nothing useless can be truly beautiful’. 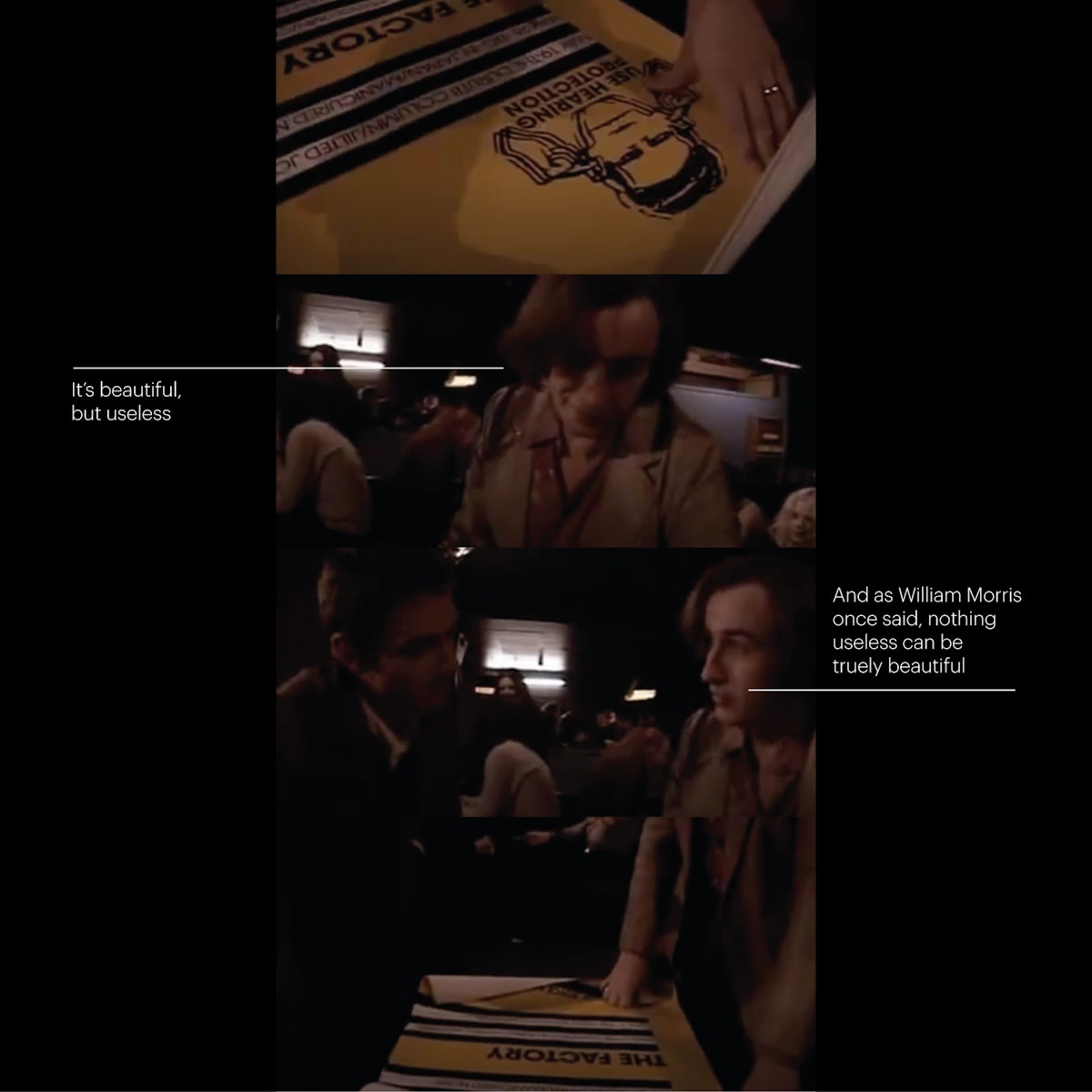 — Stills from the poster scene in the Michael Winterbottom film, '24 Hour Party People'.


In 20 years many things have changed. We’ve had some great times and some very difficult times. We’ve worked with some amazing people on great projects and we’ve produced work that I for one am genuinely proud of, that (I think) has real and lasting value. But somehow looking back feels like a waste. It’s not about what we’ve done but what we do next.

Something new but not something useless.

← Our Friends in India Design for good – or – I hope I haven't wasted my life! →
Stay Updated Stay Updated